Iran turning towards Bitcoin mining to save its economy from...

U.S Sanctions are affecting the Iran economy. To counteract this move, Iran government sanctions bitcoin mining in their countries. But we know that mining is a resource-intensive process which requires a lot of electricity and computation power. With the subsidies available, people are charged less for the electricity used in Iran.

People plan to use Chinese made computers for mining. So, they are getting computers at less cost as well as electricity. But the government believes that miners will use more power and are in discussions to bring a regulation for miners. People who are registered as miners will be charged more for electricity as compared to ordinary people.

The government has three major issues to solve with the introduction of mining in their countries. One possible problem is that more electricity will be used as many people are interested and ready to start mining. The second issue is that people will use this concept of mining to either move or hide illegal money. The third issue is that Muslim leaders believed that Bitcoin mining is as equal to gambling. While any currency is usually backed by reserves, Bitcoin does not have anything to back it up.

This is one of the reasons to forbid mining, according to Muslim leaders. But after a few discussions, they understood that Bitcoin is more of an asset rather than currency and stopped their hatred. Mining also helps Iran’s economy, which is severely going down due to newly made sanctions under Trump governance.

While the electricity issue will be solved by imposing new rules and regulations that miners need to pay more compared to ordinary people. Moving illegal money is the issue to be seen as a serious one, and the government is working on to get a solution to this problem.

Javad Azari Jahromi, who is the ICT Minister of Iran describes the latest situation that meetings are happening in the cabinet. Soon a decision will be announced regarding the regulation on miners. Iran’s ICT Minister further says that cryptocurrency miners must be legally registered to do mining.

Cryptocurrencies mining has been legalized, but the government ordered the customs bureau to ban and stop the imports of mining machines until the new regulations are released. Oil exports are one of the most significant revenues for the Iran government. Trump has announced new sanctions in such a way to affect the oil export business and in many other areas. Iran also suffered fewer exports as per the reports.

The sanctions include that few top officials of Iran should not have access or should not use any international banking system. It all started when the Iran military shoots down a US drone over their territory. While the U.S claims that their drone has not gone to Iran’s province, Iran mentions that they shot the drone only after it is flying over their lands. Trump later announced about his plans to put sanctions back on Iran.

As the economy is affected by US Sanctions, Iran hopes that mining will have a positive impact on their economy.

Vitalik Buterin and CZ have di.. 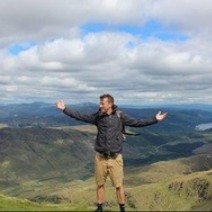