Even though there is no announcement from Amazon to create its own digital assets, the reports generated through several analysts’ surveys claimed that Amazon is likely to announce its own cryptocurrency which would be a great competitor to Libra. Facebook disclosed the plans to maintain its own cryptocurrency named Libra a few months ago and have also announced the Libra Association that received many different reactions as some were highly polar and many cryptocurrency lovers laud Facebook for its great decision to enter the cryptocurrency community sector.

Facebook has almost 1.5 billion users worldwide, and cryptocurrency adoption will help a lot in its growth, but many people, including United States Congressmen, were against Facebook creating its own cryptocurrency. In the early days of Facebook, the author of “The Accidental Billionaires” named Ben Mezrich detailed in his book that the plan of cryptocurrency by Amazon was a much better choice than Libra and now the recent opinions of analysts are supporting his claims.

Cindicator has carried out a survey and according to the report Amazon is a worthy opponent to Facebook even the plan to enter the sector is yet to be announced by Amazon as the report says nearly 23% of analysts believed that Amazon is not only a tough competitor in sector but also the most likely company to announce its cryptocurrency.

As Facebook planned their users would use Libra, Amazon is the biggest e-commerce service worldwide and can easily make its millions of users use the cryptocurrency all over the world. However, Amazon has not shown interest in cryptocurrencies, and Patrick Gauthier described Facebook’s Libra as speculative adding that they deal in not really the speculative but in the now at Amazon.

Facebook has a long history of violations, privacy breaches and have issues that are not random and to trust a company with this reputation where it has privacy concerns it is a tough challenge to launch cryptocurrency, but the head of Calibra project, David Marcus ensured Congress that Facebook would do everything in order to comply before Libra launch.

Cindicator surveys results show that there are a significant number of people who were not really interested in using Libra and more than 29% of them revealed that they wouldn’t hold Libra as they have a little to no trust in the company out of which for 11.38% of people, the reasons were related to privacy concerns. Facebook has announced a few companies such as Uber and Mastercard as part of the Libra association as it has to make a lot of effort to win the trust of Congress and the public.

Facebook mentioned that this association is done to separate the companies and to ensure a trustable tool for checks and balances, but as Congress accused it of single-handedly choosing firms for its own gains and the making of association, it didn’t work for Facebook.

The privacy and security concerns are not an issue with the grand e-commerce giant Amazon, making it a tough competition for Libra. Also, Facebook needs to clean its reputation if they need Libra to be a success before Amazon changes its mind and decides to enter the sector and give Facebook a tough challenge. 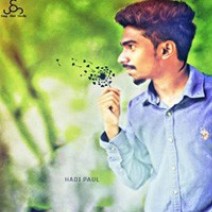